Saeko by Andy Does Cosplay

Saeko Busujima is a highly skilled, efficient, and deadly zombie killer from Highschool of the Dead, a post-apocalyptic anime.   In today’s blog, we’re going to cover our shoot with Andy in her Saeko Busujima cosplay, shot right here in downtown Orlando! 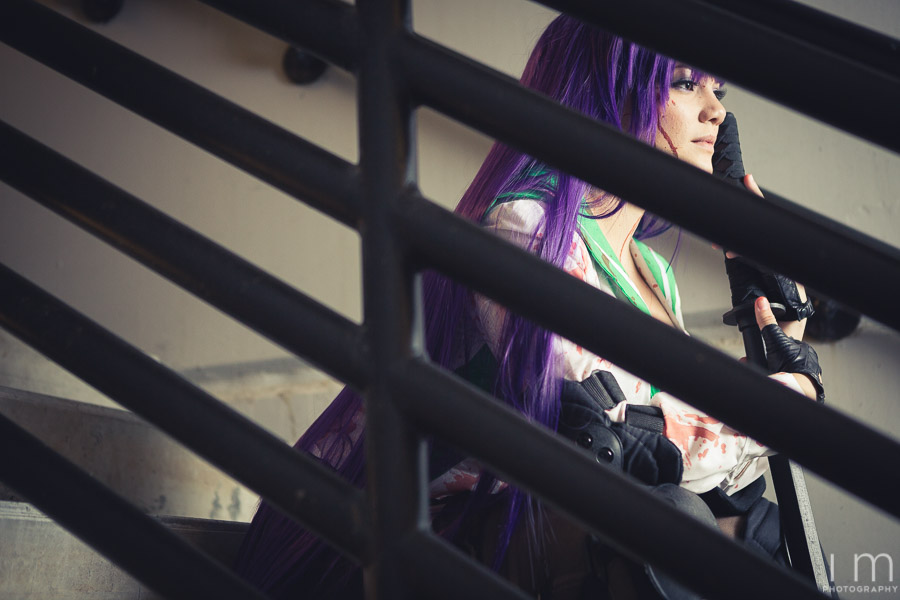 Andy had actually asked me to shoot this cosplay up at MomoCon a couple weeks before, but upon seeing that she was an Orlando resident, I asked her if we could shoot her cosplay here in Orlando rather than in Atlanta.  If that story sounds familiar, I mentioned a similar happening in our last blog with Laney and Julia for their Tokyo Ghoul shoot! I also mentioned Aundrea as our epic smoke bomb assistant.  We actually did Andy’s shoot a couple weeks before Laney and Julia’s shoot! :] 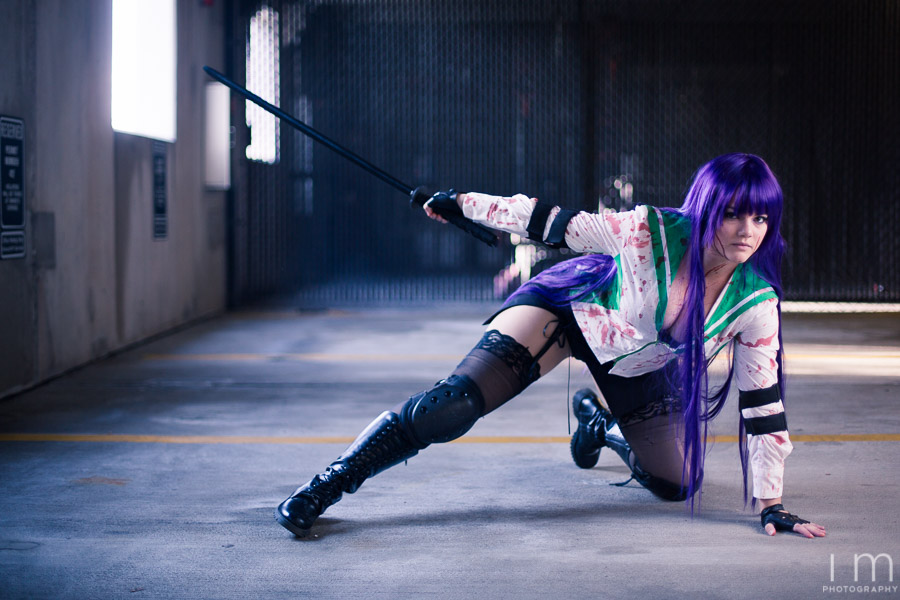 In Highschool of the Dead, most of the backdrops for the series are in urban sprawl and decay.  Now Orlando has plenty of places that would qualify as urban sprawl, but we also had to think about the city being relatively abandoned, not to mention Andy would be carrying a wooden sword around.  We figured that shooting in an old garage would probably best, so we hit up one close to Lake Eola and drove up to the top of the garage to get some shots.

Andy’s a natural as a model, and she’s only been cosplaying for about a year  now.  We had a bit of help from Laney with some hair flinging, outfit adjustments, and light stand holding along the way.

We got started pretty early for a sunset shoot, at about 3 pm.  We filled the time with other shots around the garage, but we caught the sunset at just the right time and it definitely paid off.  It’s always  nice to have the sunset and the Orlando skyline as a backdrop for a shoot.

It was such a pleasure working with Andy on this shoot.  I’ve always wanted to do an on location photo with a Highschool of the Dead cosplayer, and it was a lot of fun finally getting to realize a shoot.  It was so much fun!  Can’t wait to work with Andy again one day on another shoot! :]

Thanks again to Andy for shooting with me! Be sure to check her out on instagram and facebook!  Don’t forget to check the gallery below!