BACK TO BACK CONVENTION WEEKENDS.  Florida sure can keep a cosplay photographer busy, but I don’t mind!  That just means I can get tons of photos! Anime Festival Orlando was this past weekend from July 29th to 31st, and we were there giving panels, doing shoots, and getting lots of hallway shots!  Let’s get to it.

Anime Festival Orlando, a.k.a. AFO is a three-day convention held annually for the last 17 years!  This convention has been a staple in my lineup since I started attending conventions in 2010.  I love this convention because of how homey it feels. The convention has been held at the Wyndham Orlando Resort for all but 3 of its years, and draws a mostly a Floridian crowd. I always meet people at this convention that I usually only see in passing at the larger conventions like MegaCon or MetroCon, given the space is smaller so it’s easier to run into the people.

At Anime Festival Orlando, and many other Florida conventions, I love to give a panel about cosplay photography.  MEW21, Tinka, and I held our “Bringing PLAY into your Cosplay Photos” panel on Friday. We had such a great turnout!  Thank you to everyone who came to the panel to listen, ask questions, and hang out!  I’m hoping to do the panel again at Holiday Matsuri as well as a new panel I’m working on “The Business of Cosplay Photography”. 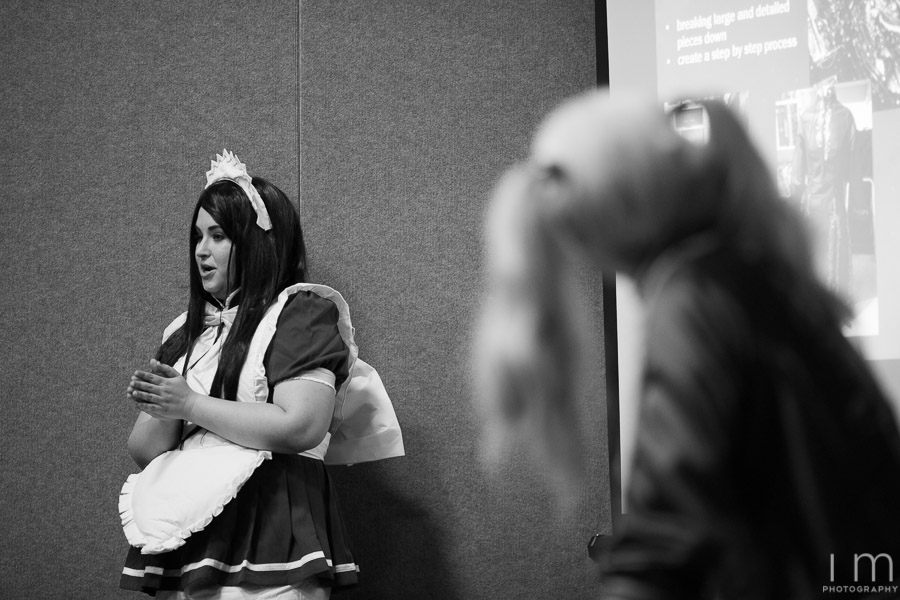 It wouldn’t be a convention if I wasn’t doing any shoots!  I had the pleasure of shooting with TeaBunny and her Tamamo no Mae / Caster from Fate/Extra for the first time!  It was her first time doing a photoshoot as well.  I wanted to give her a great experience so we went on location to Lake Eola bright and early to play at the pagoda along the lake’s edge!  Yes, we do on location shoots DURING conventions, too, so don’t hesitate to ask us if you want to get away from the convention center. I had a shoot with Didi in her Akagi from Kantai Collection as well. We decided that it would be better to take that shoot to the beach sometime this month! :]

I also got a chance to work with Chalisa in her Healer / White Mage from Final Fantasy XIV!  She does such beautiful work with all the ornamentation on her costume.  I’m absolutely looking forward to editing these photos!

Despite it being such a hotter than normal July, plenty of cosplayers came out to enjoy Anime Festival Orlando!  Elysia and I for the most part hung out by main events to take photos of cosplayers passing by!  Usually I would take photos outside in the courtyards, but with the +90F heat, no one including me wanted to go out there save for the summer swimsuit cosplays!  Thankfully late Saturday afternoon we got a nice layer of clouds, so we all poured outside to get photos around the fountains and open areas of the resort.  For the most part though, we commandeered a black background that they were using to block off a hallway for a bit of the weekend. :]

I’ll have my gallery down below and Elysia will have hers up at her website!

That’s it for conventions for the next month or so!  We’ve got a backlog to get through so we’re going to be furiously picking at it.  Make sure to check the gallery below!  What’s next on your convention list?  Is there somewhere we NEED to go?!  Let us know in the comments! :]